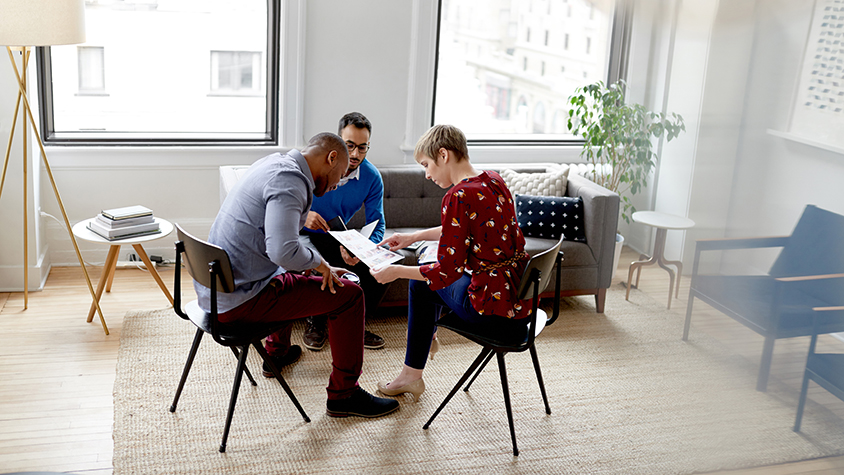 What business leaders expect in 2020

While some investors and business leaders are wondering whether the lengthy economic expansion can possibly continue, small and midsize business leaders continue to see prospects for growing their businesses as they head into 2020.

In this year's Business Leaders Outlook, JPMorgan Chase's annual survey that polled over 1,800 leaders of small and midsize businesses ($100,000 to $500 million in annual revenue), entrepreneurs and business leaders expressed optimism about their company's prospects for growth, sales and revenue.

In addition, both small and midsize business leaders reported going through significant changes as they enter the next phase of their growth. The vast majority of small business owners said it was a pleasant surprise to experience multiple periods of unexpected growth, despite the logistical and staffing challenges that swift expansion often brings. For many midsize businesses, they experienced an increase in transitioning parts of their operations or sales internationally or are making plans to do so in the near future.

Business leaders still have headaches, of course. Besides finding qualified talent, today's leaders fret about whether their business is vulnerable to disruptive technology—even as they increasingly rely on tech to promote their businesses, find funding and more.

Here's what else business leaders expect to see in the upcoming year. 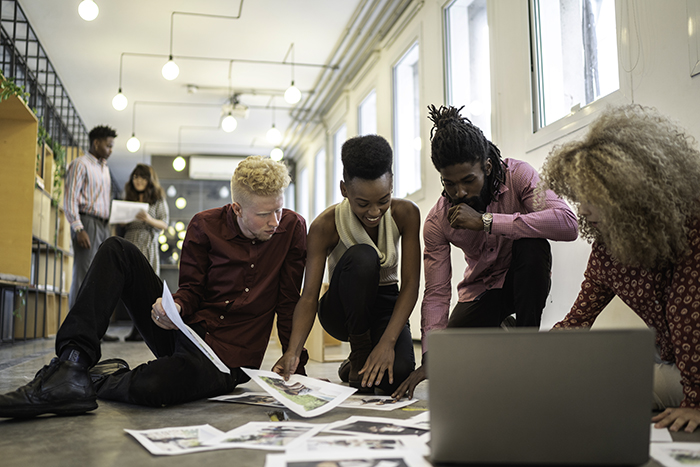 Along with more sales comes the need for goods to sell, of course, and growth strategies to sell them. Midsize businesses have shifted their business strategy to attracting new customers, with 64% of them listing it as their primary focus for growth, up seven points from last year. Small businesses, meanwhile, are expecting their demand for credit and capital expenditures to rise as they execute their growth strategies. To that end, small business owners said they'd like to see more favorable tax policies, with 51% citing lower tax rates, and reduced credits and deductions as the key area for government focus, up from 46% who felt the same last year.

Rising sales have also driven an increase in hiring, and business leaders are scrambling to cover staffing gaps. More than half (55%) of midsize businesses expect to increase their domestic personnel in the next year. Small businesses have been feeling staffing shortages more acutely due to the multiple periods of unexpected growth many of them experience. Among small business owners who have experienced at least one period of unexpected growth, 58% said they themselves had to work longer hours, and about a third also asked current employees to pitch in.

Given the demand for personnel, staffing remains a chief challenge for both small and midsize businesses. More than half (54%) of midsize businesses and about a third (31%) of small businesses expressed concern about the limited supply of qualified candidates.

To alleviate the crunch, they're tapping new areas of the workforce. Four in 10 small business owners said they've already made changes to attract younger workers. Other leaders are looking to increase benefits: 64% of midsize businesses expect to increase compensation in the year ahead, and 59% of small businesses are offering healthcare coverage, up nine percentage points from last year.

Adapting to the rapid pace of technological change is a challenge for all businesses today. An increasing number of businesses reported feeling vulnerable to potential effects of emerging technology. Leaders of small and midsize companies are responding to this challenge by not only taking steps to address any potential disruptions, but also by actively embracing technology as a means to innovate and future-proof their businesses.

It's no surprise that the vast majority of businesses—89% of midsize ones and 61% of small ones—are taking steps to actively prepare for new technologies. These steps most commonly include developing contingency plans and designating in-house teams to identify potential opportunities and threats that come with innovation.

Signaling their embrace of technology, small and midsize businesses have incorporated new tools to improve their processes and better reach consumers. Nearly three-quarters (73%) of midsize businesses expect to use cloud computing in the next year, while half have plans to incorporate data-driven target marketing. Approximately 41% of small business owners explored online lending in 2019, but 57% said they plan to do so in 2020; half also said they'd like to see the loan process move fully online. While small businesses remain focused on their own websites and Facebook to promote themselves online, their use of other outlets such as Twitter, Instagram and company blogs has increased.

4. The need to plan for transition

Small business owners are deeply invested in what they do, and figuring out who else will take the reins is a tough decision for many. While the majority said they have considered leaving their business at one time or another, they most often cited pride (34%) or emotional attachment (27%) as reasons for not doing so.

When it comes to succession planning, more than eight in 10 leaders want their business to live on when it's time to transition, and only 12% want to take the business public, or transfer ownership to key employees. What they'd rather do instead: pass the business on to a family member (33%)—a move that, despite the challenges, would allow them to keep close ties to the company they've worked so hard to build.

Overall, the survey found that leaders share a belief that their businesses will grow in the coming year, no matter the size of their operations. 2020 may present some challenges, but the resounding sentiment is leaders' confidence in their own businesses, their drive for finding talented employees, and their embrace of technology to enhance their businesses.

What business leaders expect in 2020

In this year’s Business Leaders Outlook, JPMorgan Chase’s annual survey that polled over 1,800 leaders of small and midsize businesses ($100,000 to $500 million in annual revenue), entrepreneurs and business leaders expressed optimism about their company’s prospects for growth, sales and revenue.

HERE’S WHAT ELSE BUSINESS LEADERS EXPECT TO SEE IN THE UPCOMING YEAR:

59% of small businesses plan to offer healthcare coverage for employees

73% of midsize businesses expect to use cloud computing

04. The need to plan for transition

34% have stayed because of pride

27% stayed because of emotional attachment

Overall, the survey found that leaders share a belief that their businesses will grow in the coming year, no matter the size of their operations.

Survey Methodology: The 2020 Chase Small Business Leaders Outlook survey was conducted online from October 7-15, 2019 and gathered the views of 1,000 financial decision-makers at U.S. small businesses (annual revenue of $100,000 to $20 million). The results are within statistical parameters for validity, and the error rate is plus or minus 2.5% at the 95% confidence level.

What small business owners care about in 2020