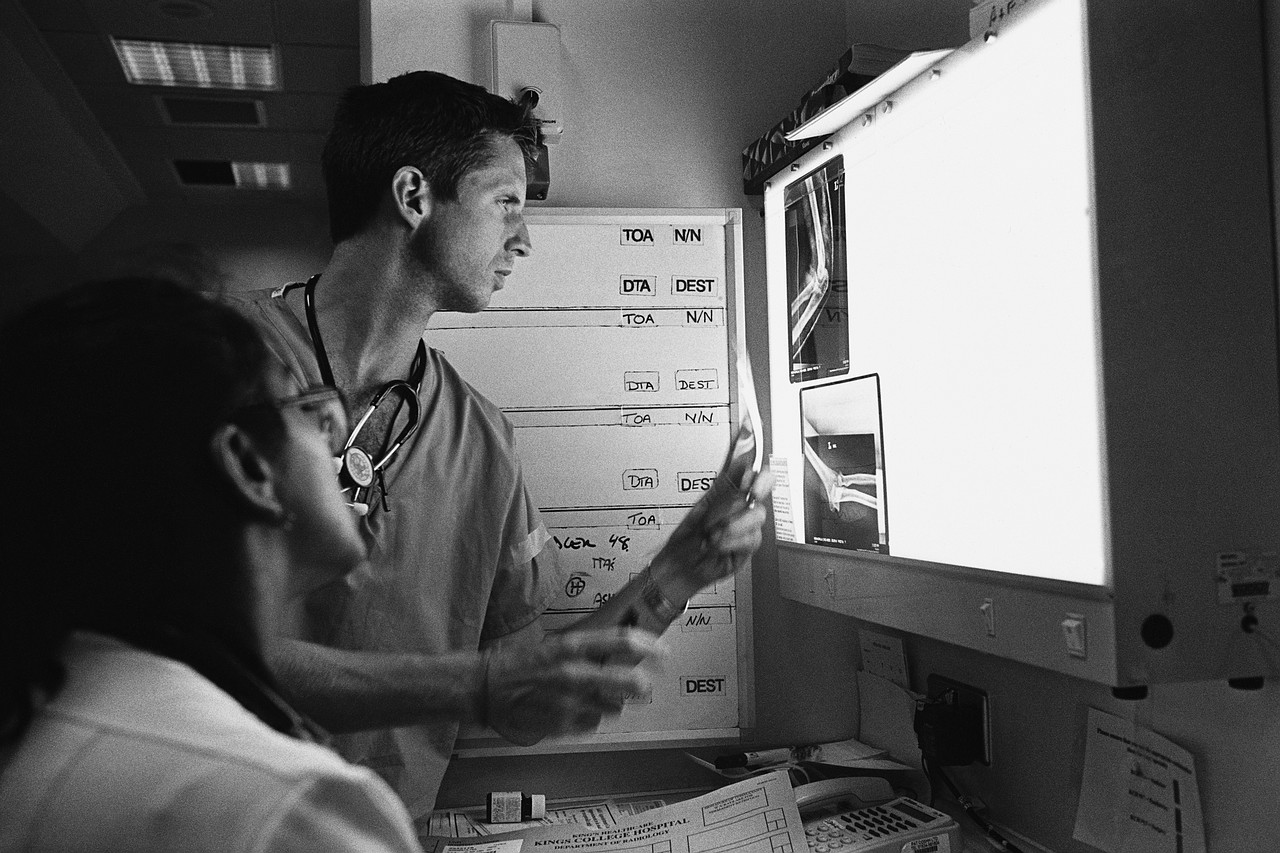 A cancer diagnosis generally makes people focus inward — especially when told they have less than 60 days to live. That wasn’t the MO for this Air Force veteran.

Eddie Dutton always knew how to follow orders, a skill he honed as a radio tech in the Air Force. But he never expected an order like the one he received in 2008.

After being diagnosed with stage 4 head and neck cancer, Dutton was told he had 60 days to live and that his only shot was aggressive treatment. Being the good soldier, he didn’t think twice.

“I have a degree in engineering, and if you ask me a question about what I know and I give you an answer, chances are I’ve given a pretty good one,” says Dutton. “Somebody in a white coat tells me that I have cancer and this is what I have to do, then it’s not much of a question.”

Chase has been active within the veteran population for a number of years. They started a program strictly for veterans’ employment. I remember at the time I was reading about it, the program was offered by a nonprofit. This is something that swayed me toward Chase.

His diagnosis could have been devastating, but it motivated Dutton all the more. After undergoing radical surgery to remove a mass from the left side of his neck, Dutton began chemotherapy and was given a drug that literally kept him awake 24 hours a day for three to four days at a time. Never one to sit idly, he used this extra time to do what he had always done — help others in need.

“I decided to work with other people undergoing treatment as I was. It kept my mind occupied,” remembers Dutton. “A lot of the people I was going through treatment with had questions and issues but didn’t know who to ask for the answers. Going online, I found there were answers for a lot of their questions. I didn’t always like the answers I got, but the answers were there, and knowledge is always better than confusion.”

Growing out of a need

The first person Dutton helped was a veteran suffering from a form of leukemia. Dutton, who had many of the same scheduled appointment times, noticed that he regularly missed appointments and asked him about it. The patient was unable to work and was struggling to pay for transportation to treatment. When he didn’t have the money, skipping the appointment was his only option. Dutton’s reply: “I don’t think so.”

Doing research, Dutton found a program that would pick up his fellow veteran, take him to treatments and make sure he got home. If he needed to get prescriptions or attend follow-ups, the program took care of that, too — at no cost. It wasn’t that the program hadn’t been available for people like this patient; it was simply an awareness issue. But that didn’t stop Dutton from finding it.

In fact, it seems nothing could stop Dutton. He soon found another cancer patient who had a problem. And then another. “It got to the point where I had about eight people I was helping, going online in the evenings, making phone calls in the afternoons and weekends,” Dutton says. “I enlisted friends of mine. I have to say that this kind of thing brings out the best in a lot of people.”

What started with one act of kindness evolved into an entire organization. The South Florida Cancer Association has grown from assisting patients and their families in Florida to now providing support and services to patients across 10 states and three countries. It helps with everything from getting into and paying for treatment to arranging for transportation and providing clothes for their kids. Twelve years after Dutton was told he had 60 days to live, he remains steadfast at the helm.

In addition to providing services and support to cancer patients directly, the association advocates for legislative health and patient rights. It also provides educational outreach programs to local colleges and universities. Most recently, SFLCA is funding and co-sponsoring a program to help junior and high school students learn to make healthy choices by growing and preparing healthy foods.

As much as he’s willing to do for others, there are two things Dutton just won’t do — watch someone else in pain and say no. “You have no idea what a no can do to somebody’s life at the wrong time,” he insists.

Dutton knows what it’s like to go through a cancer diagnosis and treatment. And so do the others at SFLCA, the majority of whom have been personally affected by cancer through their own diagnosis or that of a loved one. “We have a competency which only personal experience can provide. Our patients know that we understand,” says Dutton. “We can give them the support and confidence they need to see them through their treatment.”

A focus on what’s important

Dutton credits his military training with helping him stay focused and driven. “The military puts you in a mindset where, whatever the program, whatever the project, whatever has been assigned you to, that is your single point of focus,” he says. “This isn’t an eight-hour job, it’s not 9 to 5 — it’s a 24/7 thing. America never sleeps, and neither does the military.” And as Dutton knows all too well, neither does cancer.

“We do what we can. We can’t do everything, but we do try to make as positive of an impact on people’s lives as possible,” Dutton says proudly. “And to be honest, if it were not for Chase for Business, we would be unable to do any of this. And we’ve been so thankful for that.”

Dutton says that Chase for Business history of working with veterans convinced the SFLCA that it had found its bank. “We stepped up, and it’s nice when you have organizations like Chase who are also willing to step up and get behind you, especially when doing something as important as we are within the communities,” he says. “I’ll be frank about it: We were possibly days from closing. We were at our wit’s end simply trying to maintain gas cards. Chase has been a blessing.”

When asked if he believes that everything happens for a reason, Dutton replies, “If I were not here, if I had not been placed in this position with these people, I don’t know who they would call, to be honest. These people are in situations where they need answers, and yes, I believe I’m here for a reason — to provide those answers when I can. If I can’t, then it’s my purpose to find the person who can. And that’s what we do. We don’t give up until we find the answer.”

In recognition of those who serve, Chase for Business is proud to offer military banking benefits.  Learn More.