How small businesses are embracing AI

The following story is part of Tapping into Tech, a series designed to help small business owners capitalize on the latest technology trends. It is brought to you by Chase for Business.

Pop culture often portrays Artificial Intelligence (AI) as a futuristic tool embodied by robots. Think of R2-D2 and C-3PO in Star Wars—they have AI, or software that allows them to think, talk, and calculate the odds of Han Solo crashing into an asteroid.

In the real world, examples of powerful AI software includes Apple's Siri or Amazon's Alexa. It's also now used in everything from retail ecommerce personalization to freight logistics. Just as most of us don't balance our checkbooks by hand any longer, someday business owners won't consider running their company without artificially intelligent assistance. 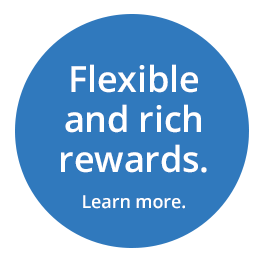 AI can replace humans on many tasks

For example, because many small businesses don't employ full-time receptionists, employees often manage their calendars and communications themselves. Those tasks can be accomplished with AI.

Mark Hopkins, founder of the Roger Wilco Agency, a content marketing, branding and design firm, uses a virtual personal assistant, nicknamed "Amy," that interacts with clients, colleagues and salespeople to schedule calls and meetings. Amy also responds to real-time developments, such as someone running late to a meeting.

"If you message the group to say you're running late, Amy will push the meeting back and automatically cascade any subsequent meetings that might be affected," Hopkins says.

Programs like Amy learn with experience thanks to neural networks, artificial "brains" with structures that mimic ours. These "brains" have interconnected processing units that not only analyze discrete points of data, but also the relationships among them.

These networks allow for computer programs to beat humans at complex games—they not only can determine the best move in a specific scenario, but can also use input from previous games to develop strategy.

Similarly, the more Amy interacts with people, the better she works.

"Early on, there were some configuration or user errors, but the accuracy has gone up over time," Hopkins says, noting that Amy now can distinguish a 9 a.m. meeting from the ninth floor or nine confirmed attendees.

"With over 40,000 sellers, 200 million items and hundreds of variables, the data sets are too large and complex to analyze using traditional statistical methods," says Gwen Schlefer, Bonanza's public relations manager.

AI can analyze user data to identify changes in behavior, such as a seller not logging in as often, or in outcomes, such as decreasing sales. A human looking for these indicators would likely not identify them in time to prevent dissatisfied users from quitting the site.

After Bonanza's AI flags at-risk accounts, human sales managers reach out to the users to strategize ways to optimize their performance and boost their satisfaction.

Bonanza's program also uses neural networks. "We manually confirm the AI's information and tell the AI what happens with at-risk sellers so it can learn by experience," Schlefer says.

For example, the AI might alert sales managers about a seller who hasn't logged in for two weeks. But perhaps that seller is on vacation. The AI could store that information and when the same thing happens next year, it won't flag the account.

Typically, jobs are not at risk

AI didn't replace human workers at Roger Wilco or at Bonanza. Hopkins used to do his own scheduling, so Amy saves him time and frees up time the office manager's time for more important tasks.

At Bonanza, "AI won't be reaching out to an account holder or giving that personal touch," Schlefer says. "Humans still need to do that part."

Bonanza is developing AI for other uses, such as design, and Roger Wilco is modifying Amy to give it access to texts and Facebook messages.

Now that they have a sense of its benefits, both Schlefer and Hopkins keep looking for ways to extend AI's functionality -- and to maximize company performance.