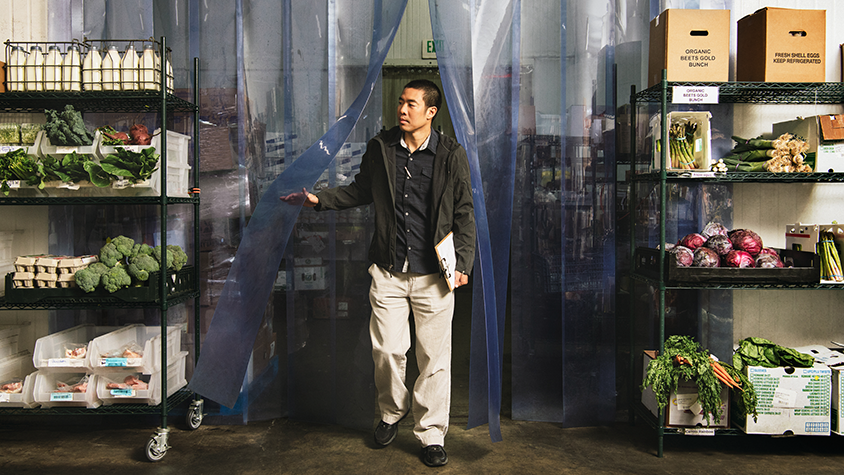 4 productivity secrets from a farm-to-table entrepreneur

Entrepreneurs have never-ending to-do lists. In the Powerful Productivity series, Chase helps business owners get a leg up on their productivity by sharing stories of successful entrepreneurs who know how to get things done. This article originally appeared in the American City Business Journals.

The difficulty of getting fresh and healthy food for his growing family inspired entrepreneur Kenneth Wu to launch Milk and Eggs in his hometown of Los Angeles. The small business is an online delivery service that brings produce, direct from farms, to consumers. By focusing on perishables, Wu hopes to fill a niche that large companies don't address well.

"We're an online farmers market," says Wu. "Our goal is to be a food marketplace. We want to be a market leader for perishables."

In order to become a market leader, Milk and Eggs had to build a digital presence as well as a network of farmers. "It's something that we've worked really hard to achieve," he says. "We get quality products to our customer's door at economics unmatched by the industry."

Milk and Eggs has gained traction around the world. The company recently raised $6 million in seed funding from Morningside Venture Capital, an early-stage venture firm based in New York.

But Wu's success is no accident. Sure, luck can help, but his hard work and personal productivity has made all the difference. Here are areas Wu focuses on to maximize productivity.

Wu uses online software, such as Google's G Suite, for working together on documents, spreadsheets and presentations for work across the company. They also use Google's Hangouts to conduct video conference or group meetings including weekly huddles and interdepartmental meetings. These tools help enable collaboration, and do the very important work of version control so all of Wu's team members are on the same page (literally!).

The company also uses mobile apps, including When I Work, for employees to track their time and for routing its drivers. They've also developed their own routing software for drivers to improve efficiency.

"Technology is the fabric that is used to hold us together," he says. 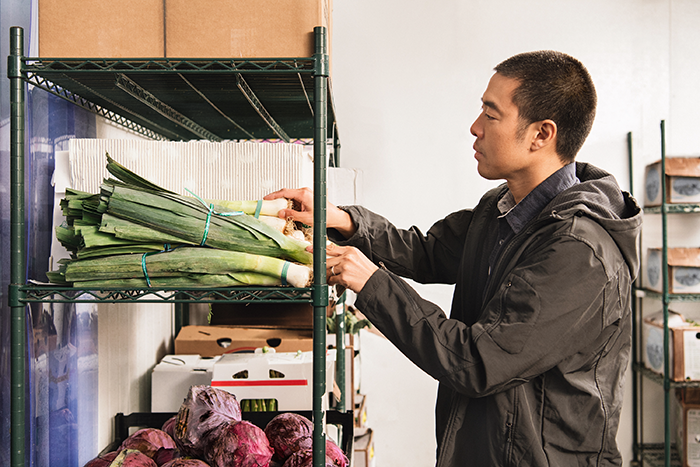 "If we're going to create a process, it has to have a purpose."

Wu had a counselor in college who told him school wouldn't be difficult if he stayed organized. He's carried that advice through into entrepreneurship. "Some things that people say stick with you," he says.

Wu says keeping himself organized not only involves sticking closely to his calendar, but also carefully choosing which tasks he spends time on. "When you have 20 or 30 things at the same time, you have to prioritize."

The standard Wu uses to prioritize is to ask himself and others whether an activity will drive revenue or otherwise further business goals. He works hard to keep from instituting company procedures that won't generate ROI. "If we're going to create a process, it has to have a purpose," says Wu.

He even applies that kind of discipline to his time outside of work. "For personal time or fun time, I add it to my calendar," he says. "You just have to keep track of time."

3. Hire good people and rely on them

Wu knows the team around him is crucial to his own productivity and the larger success of the company.

"I couldn't function without the company being a team structure," says Wu. In order to get the right members on the team, Milk and Eggs uses tests for both personality and cultural fit for applicants, including the popular Meyers-Briggs test, and the StrengthsFinder assessment. "It's big for us to make sure everyone's moving in the same direction."

There's a sign hanging on the wall of the Milk and Eggs office that says, "Able people solve problems, unable people create problems." The company uses it as a guideline to be productive: Wu provides his employees time for deliberation and ideation, then expects decisive action on the plans they come up with.

"When it's decided, it's decided," he says. "We move forward and leverage technology to be sure people are accountable for their assignments. We know what we're doing and then focus on getting it done."

Wu says that before he opened his small business credit card account, he would have to give his personal card to employees to make purchases for the business. Some vendors were concerned about security and wouldn't allow the purchase.